Time for L&D to stand up

I have been speaking a lot at conferences of late and am struck with the amount of L&D professionals who feel disempowered by their place within the organisation.  I struggle to digest this as something that should stand in the way of a powerful learning solution being presented to an executive who could see the contribution that solution could bring to the organisation.

It begs the question as to whether the profession has moved to an advisory capacity or whether we are in reaction mode constantly.  I was also struck at how many had not been anywhere near understanding the value that informal learning is providing to their organisation.  It asks us to start considewring new skills as a profession.  Digital literacy is key and I will speak on this another day but we need to  begin somewhere.

Systems Thinking is a start....

Systems thinking is the process of understanding how things influence one another within a whole.  Too many of us excuse engaging in new ways of thinking critically when we know some form of determination and application will benefit us.  As I say often, the best L&D professionals are those that suspend belief long enough to learn something new.

Informal learning and the study of existing informal/social networks within organisations will present enormous opportunity for us as L&D professionals but not until we understand the systems that are working against us within the organisation.  It is systems like reward and remuneration, incentivised productivity, approval and sign off and other systems, that prevent collaboration, connection, sharing and teamwork.  It is up to us to break that nexus and this is where systems thinking helps.

Wikipeadia states that Systems Thinking has been defined as an approach to problem solving, by viewing "problems" as parts of an overall system, rather than reacting to specific part, outcomes or events and potentially contributing to further development of unintended consequences. Systems thinking is not one thing but a set of habits or practices within a framework that is based on the belief that the component parts of a system can best be understood in the context of relationships with each other and with other systems, rather than in isolation. Systems thinking focuses on cyclical rather than linear cause and effect.

This is important for us because we need to understand how to influence and work within these systems in order to be effective as possible.  If a system has played it part in producing an unbelieveable team and a number of amazing outcomes then we will want to understand what works and what doesn't so we can learn how the informal learning works so well and what that system does to support it.

Despite popular thought, my experience has shown that informal learning does not just "happen" but there is a set of "circumstances" that exists to allow it to happen and it is the ecology or system within which effective teams work that needs some study and attention so that we can ensure the circumstances or conditions can be replicated to allow informal learning to flourish.

To do this we need to "stand up" and say there is a better way and start to develop the skills needed to allow this new circumstance to arise.  To understand the nature of this in some detail tune into Harold Jarche as he definitely, for me anyways, is articulating this better than most at the moment. 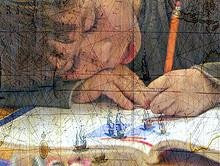 Wilko
A business professional with extensive experience in Learning and Performance and Human Resources. Currently I would consider myself a specialist in Strategic Learning and Organisational Performance Improvement with a strong Knowledge Management influence guiding my research and professional improvement focus. In addition to this I love my family and all the joy and learning they bring me about love , life and the universe!